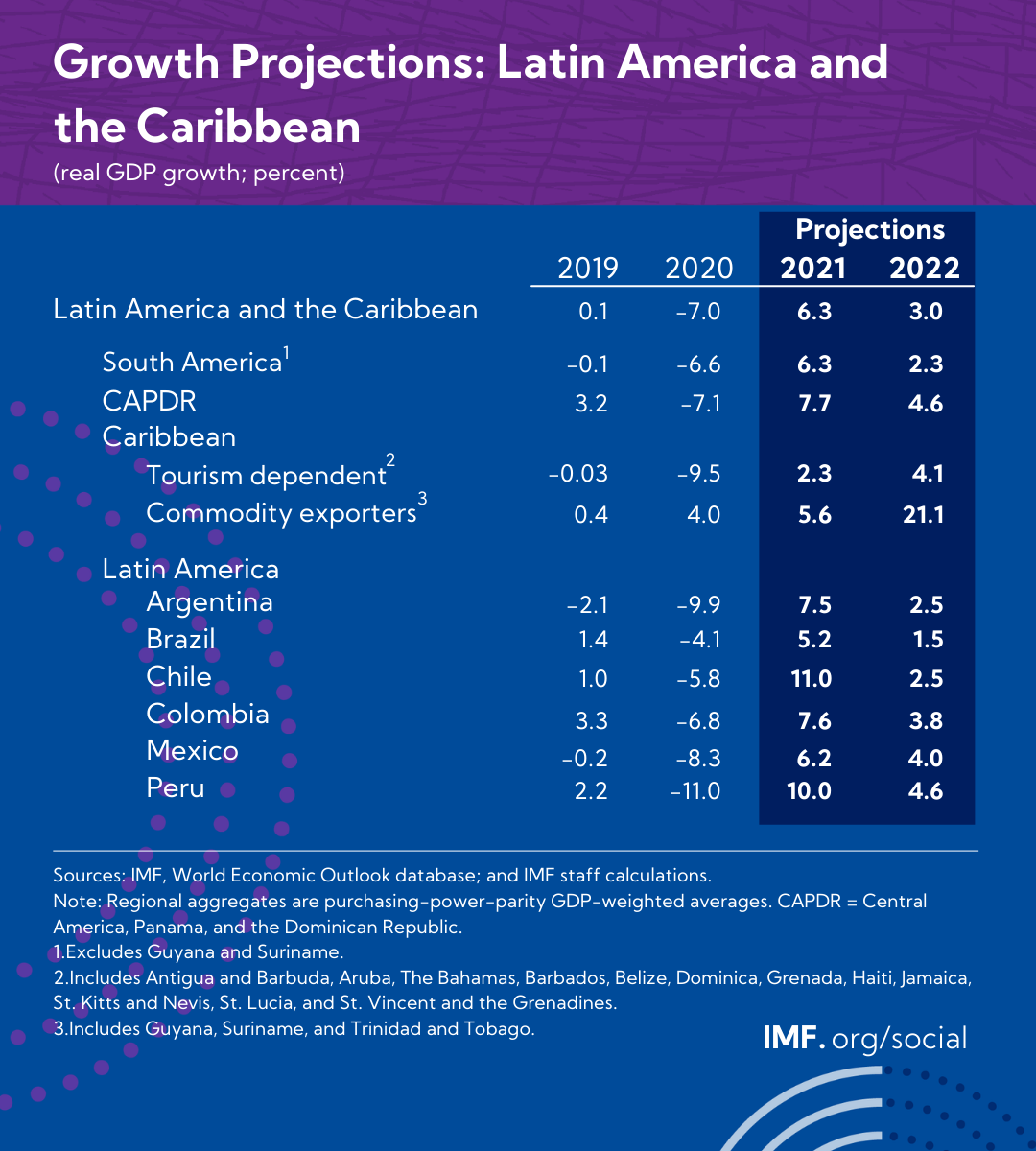 What Latin America needs to respond to in 2022 – and beyond

As 2022 begins, COVID-19 and its economic and social consequences continue to pose a threat worldwide. The pandemic has left a legacy of death, unemployment, greater inequality and poverty. Governments have been faced with the challenge of maintaining a balance between their primary obligation to save lives and the need to protect their economies. It was also a test of their resilience, as they had to diligently adjust their strategies and measures to respond to the dynamics of changing and uncertain circumstances.

In the case of Latin America and the pandemic, it is important to highlight the differences between countries: the diversity of economic and social conditions; the different approaches and policies with which each country has responded to the crisis, including the capacity and effectiveness of their immunization programs.

In general, the pandemic reached Latin America in a complex regional context where structural economic and social deficiencies had not been resolved. Some countries in the region were already maintaining low levels of trust in public institutions, citizen dissatisfaction with the quality and coverage of public services, high levels of inequality and informality of work, social protests and an acute polarization further exacerbated by social networks.

Additionally, while there were signs of economic recovery in late 2021, inflation, depreciating local currencies and fiscal deficits will make recovery more complex. According to Data from the International Monetary Fund, GDP is estimated to have rebounded, growing by an average of 6.3% in 2021. A more moderate growth of 3% is estimated in 2022 and growth will not reach pre-pandemic levels.

The World Economic Forum Global Risks Report 2022 suggests that 16% of global experts and leaders surveyed are optimistic about the world’s outlook and only 11% believe there will be an accelerated recovery from the pandemic. The vast majority of respondents believe that some degree of uncertainty, volatility and divergence will persist. With regard to Latin America, according to the opinion survey conducted in 18 countries in the region, the most significant effects of COVID-19 on social issues are unemployment, livelihood crises and an erosion evidence of social cohesion.

Environmentally, extreme weather events and reversal of climate action (along with biodiversity loss) are ranked among the potentially most serious risks to the region over the next decade. On the economic front, respondents worry about prolonged economic paralysis, debt crises, inflation, commodity price volatility and collapsing social security systems. Government stimulus packages were essential to protect people’s incomes, secure livelihoods, preserve jobs and keep businesses afloat, but the burden of public debt has increased. Public budgets will remain tight post-pandemic, making it clear that greater public-private collaboration is essential.

When it comes to connectivity, digital inequality is seen as an imminent threat to the world, as more than 3 billion people remain offlinee. If left unchecked, the gap could not only seriously widen between developed and developing economies, but also within countries. Nevertheless, it must also be recognized that many countries and industries have been able to quickly access and adapt seamlessly to new forms of digital interaction and remote working, which are likely to remain.

This digital leap and greater reliance on digital systems also leads to greater vulnerability, therefore, rigorous cybersecurity plans should be considered. Finally, “the collapse of the state”, the proliferation of illicit economic activities, geo-economic clashes and the geopoliticization of strategic resources also emerged in the survey as critical concerns, as well as the deterioration of democracies and the serious phenomenon of migration.

While pressing internal challenges require immediate attention, the pandemic and its socio-economic consequences have once again demonstrated that global risks do not respect borders or political differences and that common threats require a coordinated global response. Latin America cannot be seen in isolation from the facts and trends prevailing in the rest of the world. On the contrary, there is an obvious need to insert ourselves more into the global context, where the region is losing its importance.

There are, however, some bright sides and significant opportunities that have also emerged. Just as the growing recognition of Latin American start-ups and innovative unicorns has recently attracted large flows of investment, our region, endowed with vast natural resources and valuable human capital, is expected to be at the forefront of emerging opportunities in energy transition. , green markets and jobs, modern infrastructure and the preparation of new generations with the technological capacities and skills aligned with the employment opportunities of the future.

Ignoring the potential risks described will not prevent their occurrence, but we must respond to them responsibly and lead the integration of our region, putting aside ideological divisions and coordinating better to advance innovative solutions that address the problems. structural. We must promote greater productivity with a long-term vision to bring certainty at the national level and hopefully at the regional level, with a formula that integrates traditional socio-economic indicators with solutions in terms of resilience and inclusion, as well as responses to environmental challenges.

To a large extent, Latin America’s potential for a better recovery depends on the ability to apply lessons learned and the commitment of leaders from all sectors. May the social and economic wounds and scars left by the pandemic remind us to put aside internal divisions, ideological differences or historical frictions and rivalries, and allow us to outline a pragmatic program that ensures that the next decade is not not another lost decade.