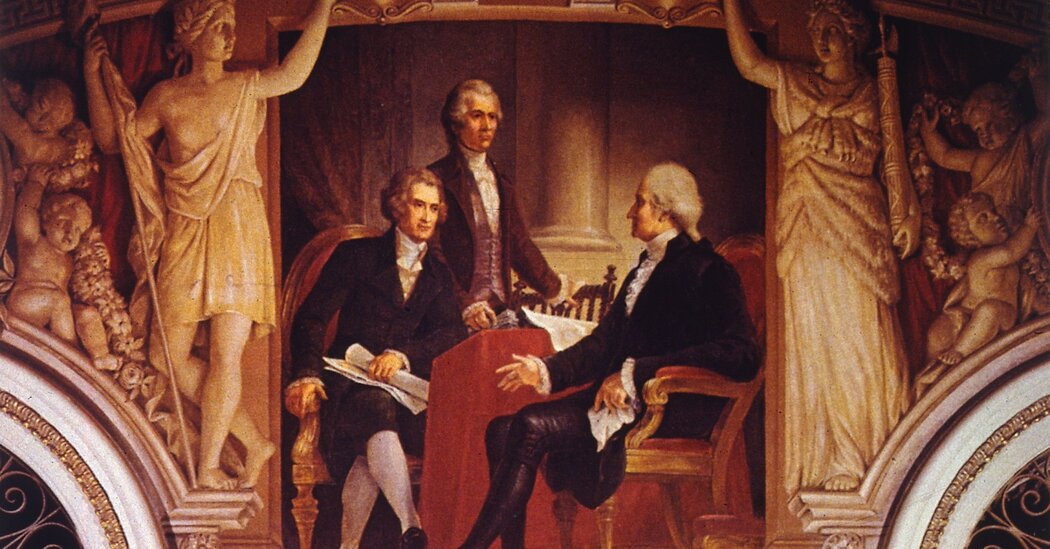 And, of course, even the democracy they created was not very democratic. “We the people” did not include blacks, women, or even white men who did not own land. (Nonetheless, as Wood notes, it was the most representative and participatory system in the world at the time.)

But the deepest fault was the preservation of slavery. Although the word “slavery” did not appear in the Constitution, the drafters allowed the slave trade to continue until 1807 to prevent the southern states from leaving ship. And yet the Constitutional Convention was the closest America came to abolishing slavery until after the Civil War. Wood and Ellis both write that the Revolution galvanized opposition to slavery not only in the North but also in Virginia. Wood notes that the first anti-slavery convention in world history met in Philadelphia in 1775. After the war, Massachusetts, Connecticut, and Rhode Island passed laws eliminating the slave trade. The editors knew how hypocritical their tolerance of slavery was after talking for years about breaking free from their slavery in England.

Wood refutes the myth that only the delegates from the South owned slaves: he notes that John Hancock of Boston, John Dickinson of Philadelphia, and Robert Livingston of New York were all slave owners. But none of them were proud of it, and many delegates from the North thought the institution was wasting away. “No prominent member of the revolutionary generation,” writes Ellis, “ever attempted to argue that slavery was morally compatible with the values ​​of the Declaration.

Yet there was something that the revolutionary generation cared about even more than the abolition of slavery, and that was the creation of a nation. At the start of the Constitutional Convention, the delegates from the North introduced a clause abolishing slavery. The southern states vehemently opposed and the northern delegates nodded. Why? Wood quotes Madison’s desperate line: “As great as the evil is, a dismemberment of the Union would be worse. Ellis writes that if South Carolina had had to choose between independence and maintaining slavery, it would have chosen to preserve slavery. It is a difficult position to negotiate.

Although Wood signed a letter criticizing some of the arguments of Project 1619, he and Ellis see issues of race and slavery as the great flaws in America’s birth. “The two unchanging legacies of the Cause,” Ellis writes, “American independence and slavery established the central contradiction in American history from the very beginning. What enriches these two books is their moral complexity. Despite our central contradiction, both Wood and Ellis believe in what they call a “little r” civic republicanism, a sense of public interest embedded in our foundation. Yes, there may be flaws in our software, but the Constitution also contains a built-in autocorrection mechanism: it can be changed. Union can be made more perfect.

Can America really be great if we are built on a foundation that includes slavery? Ellis and Wood would both say that while the Constitution contains this terrible flaw, it also contains the remedy for the wrongs of democracy – if we choose to use it.

Afghanistan: the Taliban face many obstacles to govern not the …