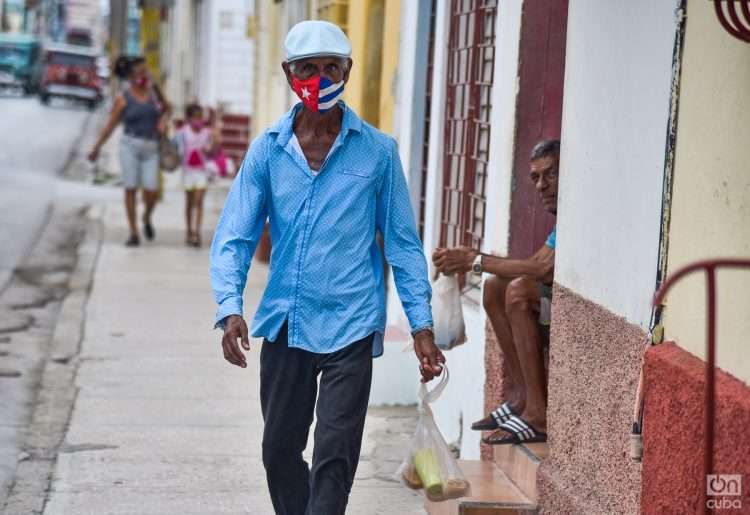 On August 4, 2022, the Cuban state began buying foreign currencies from nationals and foreigners. On the 23rd of the same month, the official sale of dollars in cash to the population started, but not in freely convertible currency (FCC). These are the most recent decisions of the apparently unstoppable process of partial dollarization of the country, the social cost of which is already very high.

The process of monetary unification in Cuba eliminated the parallel currency (CUC or Cuban convertible peso) to return to an economy in which the national currency (CUP or Cuban peso) would become the only one to provide access to goods and services; but, at the same time, part of the economy has become dollarized.

Although the Cuban government argued that it was a transitional solution to the shortage of foreign exchange for the purchase and sale of supplies, goods and services, its extension in time can be described as indefinite.

Former President Raúl Castro himself in his Central Report to 8th Communist Party Congress (CCP) said that “the sales in FCC are necessary and will take the time it takes to straighten the economy and allow the convertibility of the Cuban currency”.

Both the current dollarization process and the one that preceded it in the 1990s, during the so-called Special periodhad the same basis: the shortage of foreign currency to import essential supplies – such as fuel and food – and to service the country’s accumulated debts.

Likewise, the two processes share as their main expression the opening of shops to collect hard currency. In the network of establishments dedicated to this purpose, in addition to electrical appliances and other “high-end” items, basic necessities were sold, most of which disappeared from the national currency supply.

A difference between the process of the 1990s and the current process is that payment in these stores today is made only by bank card, both from foreign and Cuban banks, backed by convertible currencies. Cards that can only receive money transfers from abroad or foreign currency deposits in cash when not in USD, a decision which, as reiterated by the government, is due to restrictions and regulations of the US embargo/blockade.

However, the big dilemma in this scenario remains the same as then: Cubans’ access to foreign currency. Income from salaries and pensions on the island are all in national currency. And the state still does not guarantee the sale of virtual currency to the population, not even at prices above the formal rate of 1 FCC = 24 CUP.

The result is that only those who can receive remittances from abroad, as well as those who can purchase this currency on the island, at skyrocketing prices, via the thriving informal market, have been given access to purchase from FCC stores. Thus, the process of partial dollarization opened the door to new inequalities in Cuban society, which accentuated the gaps accumulated since the crisis years of the Special Period.

Those who do not receive funds: the excluded

Most Cubans do not receive any money. Figures on family nuclei that do not receive some type of financial assistance from abroad are not public on the island, but a large cross-section of our society is included in this category.

Pensioners and retirees suffer. According For sociologist and researcher Julio César Guanche, “at least 221,425 elderly people live alone in Cuba, and most of them are women. Among these seniors, 82.3% have an income that is a consequence of work or retirement, but they have no other source of income.

The reality is that a large part of the Cuban population has never accessed an establishment of the country’s network of currency stores. And “the worst thing is that this exclusion is determined, no longer by low income levels, but by their disconnection with sources of external transfers”, in words of professor and economist Oscar Fernández.

Indeed, the process of monetary unification has led to an increase in salaries and pensions — the minimum pension in the country is 1,528 pesos while the basic salary is 2,100 CUP. However, at the same time, it maintained the foreign currency as the currency with the greatest purchasing power and generated rising prices and galloping inflation that drastically affected the economy of all households on the island.

For those who do not receive foreign currency, local currency options are minimal.

They have the standardized family basket. However, this does not meet the needs for food and toiletries for the whole month within the family nucleus, in a context where the supply of over-the-counter products in CUP such as rice, sugar, salt , eggs, soap, among others, which constituted the complement of the regulated allowance, has disappeared.

The only palliative that remains is the sale of certain toiletries and food products which are marketed in Cuban pesos through ration books in authorized sales outlets. The only thing is that this allocation per core is totally random and every month the available items, not the most needed ones, reach the Cubans.

All other alternatives to meet uncovered basic needs are reduced to purchases on the informal market. In this market, all basic necessities, both imported and domestic, can be found; or FCC can be purchased, again at a price established by the law of supply and demand.

And given the constant need and few options, in the informal market, prices in national currency can exceed up to 10 times the original value of items, while nowadays virtual currency has reached values ​​of 140 UPC x 1 FCC.

The most elementary calculations show that in practice it is impossible to live solely on a state pension or salary. So, in a nutshell, Cubans who cannot afford to access a certain type of currency to support themselves are clearly at a disadvantage in the current socio-economic context.

The Dilemma of Remittance Dependence

The entry of the dollar into the Cuban economy has made families dependent on remittances. Therefore, the luckiest in Cuba today are those who can count on a loved one abroad who can support them financially.

As Raúl Castro acknowledged in the report to the VIII Congress, “sales in freely convertible currency have been extended to other products, including foodstuffs, with the aim of encouraging remittances that Cuban citizens abroad pay to their relatives on the national territory”.

It is true that Cubans are not the only citizens of the world to receive aid sent from other countries. It is also true that income from this concept improves the lives of all who can receive it anywhere and that for national economies, income from this concept is an important means of attracting foreign currency ― President Andrés Manuel Lopez Obrador recognized this year they are the main source of income for Mexico.

In the case of Cuba, a small country with few resources, remittances are a fundamental link in the economy. However, as Cuban professor and researcher Francisco López Segrera points out, “an economy based mainly on tourism income and remittances is very vulnerable”.1

For the families and the individuals who compose them, dependency has its own logic. And it is the one that shows that beyond the income generated by work, receiving foreign currency becomes essential to maintain life and this undoubtedly constitutes a brake. A phenomenon which is understandable insofar as real purchasing power is concentrated in hard currency and the devaluation of income in national currency deepens without it being possible to see whether it will be reversible.

In short, Cuba needs foreign currency to survive as a country. What is unclear is whether the social cost the nation will pay for this partial dollarization of the economy – as it has paid for other measures in the reform process that began in 2011 – will be worth it. trouble, because it will contribute to the development of productivity.

Or if, on the contrary, the return of the dollar will only impose too high a social price to pay for subsistence – and not progress -, to end up being a Pyrrhic victory over our shortcomings or, in more clear, a simple defeat.