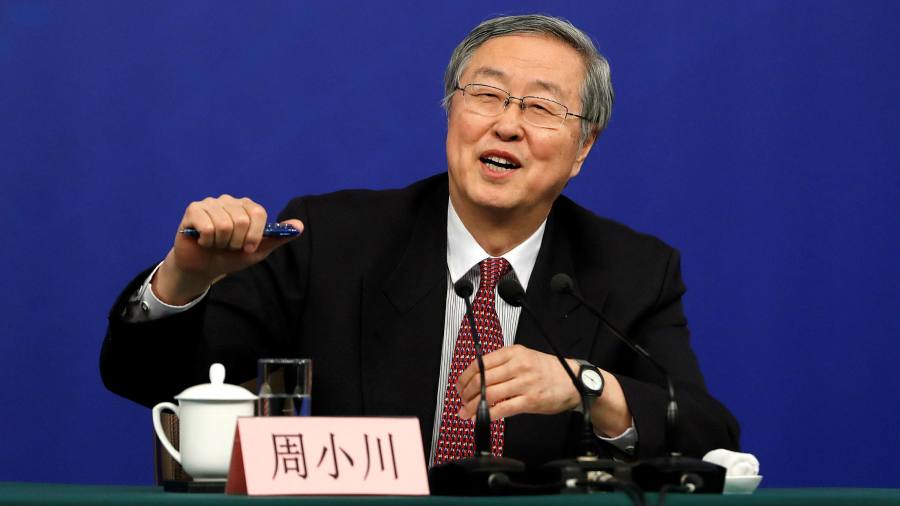 Martin Wolf offers a useful summary of the debate around the international monetary system (“A New World of Monetary Disorder Looms”, Opinion, March 30). Sanctions against the Russian central bank have frozen official reserves of dollars and euros, rendering them unusable. Wolf observes that a targeted demonetization of major international currencies is a threat to national sovereignty and thus creates an incentive to develop an alternative system. Is it plausible?

In 2009, China launched a pilot policy program to internationalize the renminbi and break its dependence on the dollar. Earlier, People’s Bank of China Governor Zhou Xiaochuan publicly called for an international reserve currency disconnected from individual nations.

Fast forward to the present day, the renminbi is used to settle 30% of China’s trade and accounts for 2.7% of global foreign exchange reserves. Since 2016, it has been one of the currencies with special drawing rights of the IMF.

These are important achievements, but they do not make the renminbi an international currency in its own right. Capital controls, although less stringent than in the past, limit liquidity and international circulation. At best, the renminbi is a medium of exchange but not a unit of account and a store of value. International investors are not willing to hold renminbi long term. Contrast that with China’s dollar holdings — more than $3 billion in its foreign exchange reserves alone.

The renminbi “walled garden” mentioned by Wolf already exists. The renminbi circulates outside China in offshore markets and neighboring countries; it is used in some bilateral loans and in swap agreements with many central banks, including the Russian bank.

These are pockets of use of the renminbi which however do not constitute an alternative system.

Nobel laureate Robert Mundell once said that “great powers have great currencies”. This sums up the conundrum of China, which is a “fearsome competitor” for the United States but also dependent on the dollar. A system faced with such a conundrum is doomed to profound instability and not because the renminbi offers an alternative to the dollar. Wolf is right, a global currency is a global public good.

Now is the time to rethink global currency governance.