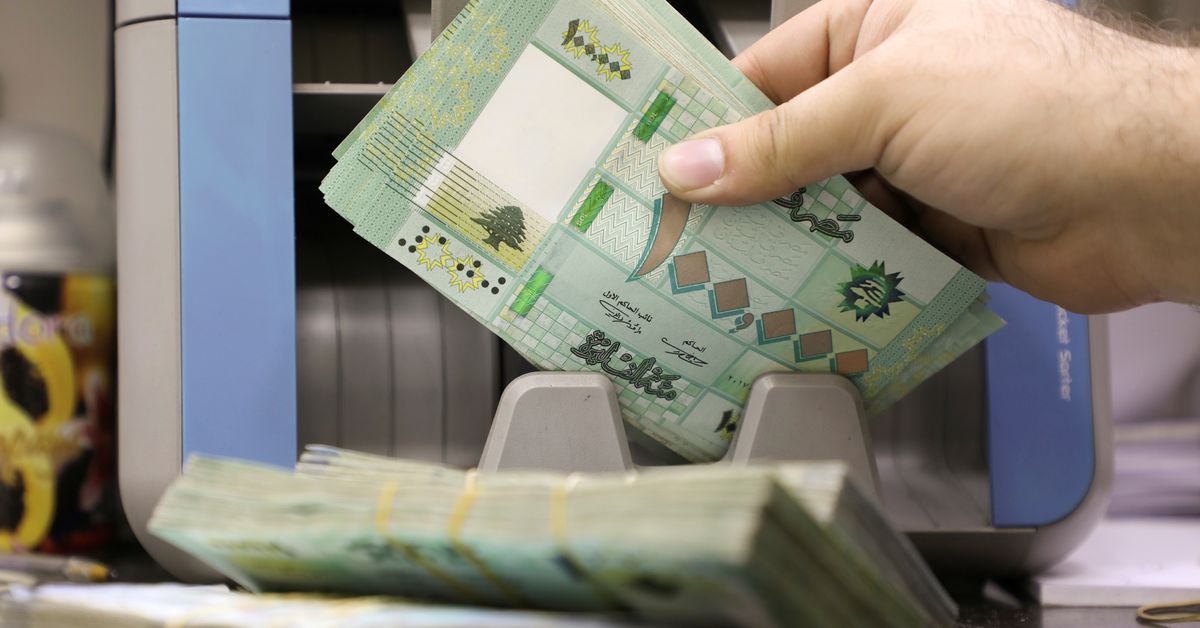 BEIRUT, June 21 (Reuters) – Lebanese banks said the country’s proposed deal with the International Monetary Fund was “illegal” and “unconstitutional” in a letter sent to the IMF by an adviser to the Banking Association of Lebanon. Lebanon (ABL) and seen by Reuters.

The Staff Level Agreement (SLA) between the IMF and Lebanon pledged $3 billion in funding over four years to help the small Mediterranean nation recover from a financial meltdown that saw the currency lose more than 90% of its value and left most people poor. Read more

A final agreement is conditional on the implementation of a number of measures, including the adoption of a banking restructuring strategy which “recognizes and deals with the sector’s significant losses from the outset, while protecting small depositors and by limiting the use of public resources”, according to the Fund.

The draft agreement also calls on the Lebanese parliament to approve an emergency banking resolution law and audits of the 14 largest banks, representing the bulk of the sector.

Lebanese banks have long claimed that financial sector losses, estimated at more than $70 billion, should be borne primarily by the Lebanese state, blaming the losses on decades of unsustainable financial policies, waste and corruption.

The ABL “has very serious reservations about the recent SLA and believes that the completion of certain prior actions as well as certain stages of the program are likely to cause further damage to the Lebanese economy, probably irreparably”, indicates the letter dated 21st of June.

He claims the deal is not based on an economic vision for Lebanon, relies on “erroneous arguments from Lebanese ‘civil society'” and could “unfairly disenfranchise ABL”.

“Implementation of the SLA would be illegal or, failing that, unconstitutional,” says the letter, signed by ABL adviser Carlos Abadi, chief executive of New York-based financial advisory firm DecisionBoundaries.

The Lebanese government’s financial recovery plan, adopted on May 20, calls on commercial banks to be the first to bear the losses, followed by the central bank and then public assets.

The letter says sharing losses in this way would be unfair as it would shift the burden onto commercial banks despite the vast majority of losses being incurred by the central bank.

To fill the financial hole, the letter instead calls for consolidating state assets such as buildings and land into an investment company, turning up to $30 billion in Lebanese pound deposits to be repaid over a decade and to cancel the exchange transactions that took place after the start of the crisis in 2019 from pounds to dollars.

“The settlement of these foreign exchange transactions by book entry would relieve (the central bank) of 10 to 15 billion dollars of liabilities,” he says.

It also calls for the use of the roughly $15 billion in central bank gold reserves.

“Reserves are just that: a tampon kept in reserve for a rainy day and storm in Lebanon is of biblical proportions,” he says.