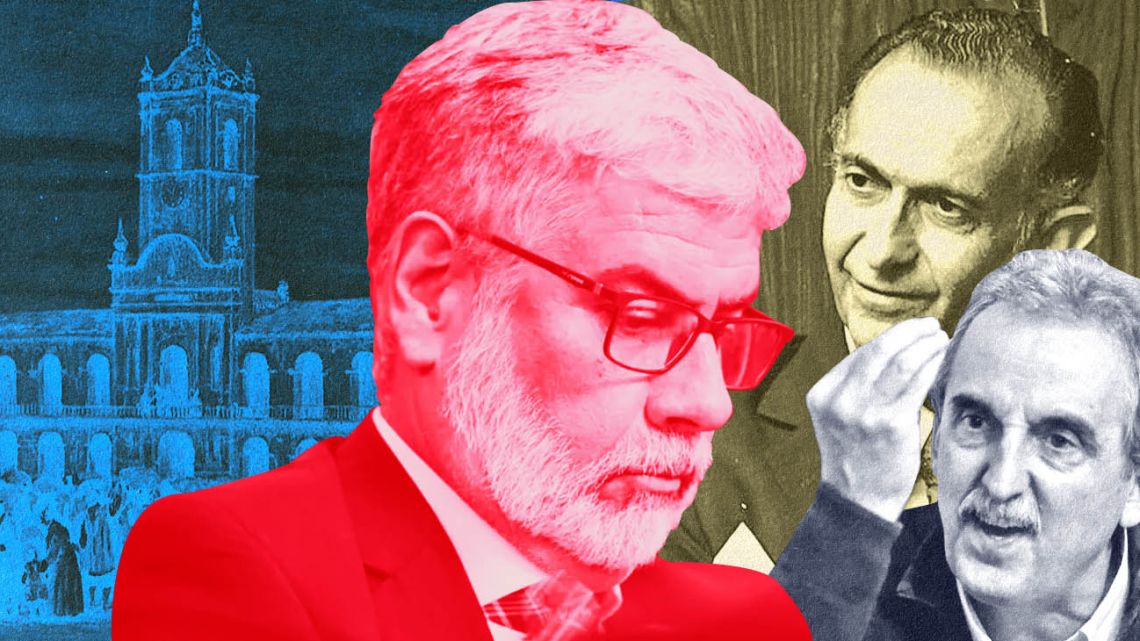 Buenos Aires Weather | Do not understand

In a relatively uneventful week neatly bisected by the holiday celebrating the birth of the Argentine nation, the biggest splash of news was (until our press time at least) the resignation of the Secretary of Commerce inside Roberto Feletti – even if the closure of the presidential quarantine violation case would be the main scandal (going beyond the political privilege or even the hypocrisy of the rules violated by the person so self-righteous making them set an alarming precedent of impunity for sale, a far-reaching consecration of venal justice). Given that this column was designed to connect past and present based on more than three decades of newsroom memories, price watchdogs would seem the most appropriate topic for today, Feletti n’ being not the first Secretary of Internal Trade that I can remember – and his successor (Central Bank Manager Guillermo Hang) will even be the first official with that name in my memory since his namesake Moreno almost immediately comes to mind.

Feletti’s exit came just one working day after the Productive Development Ministry was transferred to the Economy Ministry, but while not a coincidence, it would be an incomplete explanation. The real reason is that the Kirchnerite wing of the Frente de Todos coalition has come to the final conclusion that the “war on inflation” declared by President Alberto Fernández 10 weeks ago is irreversibly lost in the short to medium term, which leads to a refusal to have an official of his kidney attached to this failure. This is not how Feletti would phrase it, of course – his previously expressed objections were more along the lines of the impossibility of fighting micro-economic battles when macro-economic strategy was defined elsewhere.

Not that neither his micro-economic tactic of price control, nor the Kirchnerian macro-economic strategy of spending all the money there is (and more) would not have been a solution, quite the contrary. Price controls have a failed record dating back almost four millennia to the Babylonian Hammurabi. Easy enough for President Fernández and other Frente de Todos voices to casually blame rising prices on greedy businessmen as if they were a uniquely Argentine species. In reality, the pursuit of profit is universal, but its guiding principle is “whatever the market will bear”. In Argentina, “whatever the market will bear” is exceptionally flexible due to an inflationary currency in which both the public and private sectors have a huge vested interest in clearing debts and costs.

In this context, blaming monopolistic greed is fine for high-profile government figures, but Feletti’s memoir goes beyond the sermon – it’s very hard to berate businessmen for not toeing the line on pricing restrictions when he can’t draw that line because it’s written in the sand or prevent them from factoring the future into pricing given the uncertainty of expectations (where companies will almost always give themselves the benefit of the doubt).

Looking back and my 1983-2017 Herald of Buenos Aires newsroom experience, the first Secretary of Internal Trade in Democracy was Ricardo Campero with the short-lived heterodox Ministry of Economy under Bernardo Grinspun, but the first to make a name for himself was Ricardo Mazzorín – still known today hui for the “Chickens Mazzorín” or the legend of the foul-smelling poultry imported from Hungary in 1988. Although at least some of this poultry was indeed excessively well hung, I believe it was a duck (yes, multilingual readers, I know that “duck” means “duck”, not “chicken”) exploited by proponents of protectionism, confirming an anti-import bias already fueled by the craze of junta minister José Martínez de Hoz for “made in Taiwan” products to tame prices. Imported competition has such potential to counter rising prices that it doesn’t seem quite right to give both Mazzorín and Ma rtínez de Hoz.

No memory of a secretary for internal trade during the years of convertibility 1991-2001 because the position was superfluous, inflation taking precedence over the seat. Before the Moreno years (2006-2013), I vaguely remember that the pharmaceutical lobbyist Pablo Challú had been appointed to this position in 2002 by the interim presidency of Eduardo Duhalde – a curious case of poacher turned game warden. Néstor Kirchner didn’t even have a separate department for domestic trade until he created one for Moreno in 2006.

Moreno’s earthy modus operandi could fill an entire column. Although he was not necessarily the mastermind behind such extreme state interventions as the purge of the INDEC national statistics office to falsify figures and the beef export ban, he was their driving force and image. public. In 2013 (the first year of Pope Francis), he was appointed commercial attaché at the embassy in Rome and replaced by Augusto Costa, an acolyte of then-economy minister Axel Kicillof.

The person named by Mauricio Macri to the post in 2015, Miguel Braun, was a fairly competent economist, but the Cambiemos government never considered this area as an answer to inflation. Fernández started 2019 with La Cámpora’s Paula Español, one of many officials jettisoned following last year’s election defeats after her price caps failed to halt inflation even for months the most recessive of the pandemic. Then Feletti and now Hang whose surname invites endless puns but we will spare the reader.

Optima emerges as the cryptocurrency exchange software with multiple features in the industry.