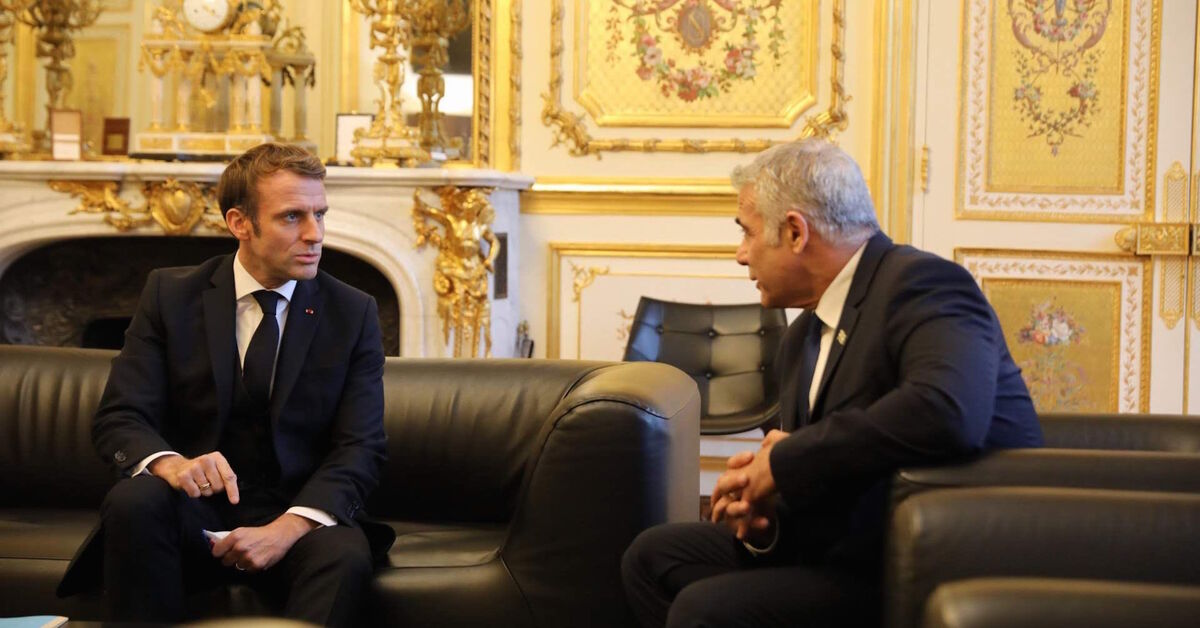 As parties to the Joint Comprehensive of Action (JCPOA) and the United States (which withdrew from the JCPOA in May 2018) gather in Vienna to explore ways to reconstitute the Iran nuclear deal, Israel is leading an effort subtle parallel to block a new deal and shape the strategic landscape after the talks, regardless of the outcome of the talks.

‘The only way.’ Minister of Foreign Affairs of Israel Yair Lapid made the case bluntly on November 30 after meeting the French president Emmanuel Macron in Paris and British Prime Minister Boris Johnson the day before in London. Israel’s position “is firm,” Lapid said. “Sanctions must not be removed. They should be tightened ”, as Rina Bassist reports, adding that “a real military threat must be placed in front of Iran” and is “the only way to stop its race to become a nuclear power”.

“Nothing good will come out of this type of agreement. ” According to Ben caspit in Israel:

Our opinion : So far, expectations are as low as possible for the Vienna talks. Israel’s military threats have therefore cut several paths. On the one hand, Israel plays the bad cop; its threats could force Iran to strike a deal to avoid an Israeli military strike, at the same time undermining Israel’s credibility with Washington and other parts of the JCPOA who would then be invested in a deal. On the other hand, if there is no deal, Israel’s military planning could become a key part of any plan B emerging to prevent an Iranian nuclear eruption.

From our regional correspondents:

1. As the pound slips, the Turkish Erdogan sinks in his heels

Turkish president Recep Tayyip Erdoğan doubles down on its unorthodox economic experimentation, refusing to raise interest rates and blaming foreign players for the lira’s steep drop against the dollar and other international currencies. Diego Cupolo explains that Erdogan views the currency’s volatility as part of an “” economic liberation war “that would eventually see Turkey become more competitive as an export hub, attracting new investment and production plants through at lower labor costs. “

Turkey’s gross domestic product grew 7.4% in the third quarter of 2021, but experts question whether this growth is sustainable amid the pound crisis and unruly inflation. As Mustafa sonmez “The export boom in Turkey’s economic expansion could turn out to be a flash in the pan.”

2. Egypt and Ethiopia clash over the construction of GERD

Egypt is sounding the alarm again over construction work in Ethiopia for the Grand Ethiopian Renaissance Dam (GERD), a giant hydroelectric dam on the Blue Nile. Following a meeting with US officials in Cairo last month, the Egyptian Minister of Irrigation Mohamed Abdel-Aty said any resulting water scarcity would affect workers in the agricultural sector and create social instability in the region. Egypt and Sudan are grappling with a bitter dispute with Ethiopia over GERD, which neighbors downstream of Addis Ababa believe could impact their share of vital Nile water. As Mohamed Said reports, negotiations on the filling and operation of the dam remain at an impasse.

Hassan Ali Ahmed has the details of the Iraqi investigation into last month’s drone strike against the Prime Minister Mustafa al-Kadhimi‘s residence in the walled green zone. The investigation concluded that two drones loaded with explosives had been used to target Kadhimi’s house in Baghdad, the second probably intended to strike the prime minister as he fled the scene. The results suggest that the assassination attempt “was carefully planned and exhibited a degree of technical sophistication,” writes Ahmed. The investigative committee did not blame the attack, and no armed group claimed responsibility.

The sudden death in September of the Grand Ayatollah Ali al-SistaniHis likely successor prompted religious scholars in the Iraqi holy city of Najaf to speed up their thinking on the “post-Sistani” era. Professors from hawza, the Shiite seminary of Najaf, would prepare the sheikh Mohammed Baqir al-Irawani as a contender for the first place when Sistani passes away. But as Hassan al-Mustafa reports, the Irawani is not the only potential candidate.

The humanitarian situation in Syria’s besieged Idlib province is so dire that an increasing number of children are dropping out of school to take up low-paying jobs, including sheep farming, car repair and construction. Khaled al-Khateb has this heartbreaking story of child labor in the country’s last rebel stronghold. “Not only are they deprived of their basic rights, but they are also deprived of any chance to realize their smallest dreams,” he writes.

One Cool Thing: The Return of Ali Pasha’s House

Egypt is preparing to open a recently restored palace belonging to Mohammed Ali Pasha, the ruler of the Ottoman era widely regarded as the founder of modern Egypt. Considered “a rare architectural masterpiece” by Egyptian authorities, the 19th century palace in the Shubra region north of Cairo combines European, Turkish and Islamic architectural influences. Ibrahim Ayyad recounts the history of the palace, including the theft in 2009 of several valuable paintings dating back to the reign of Ali Pasha.

What we listen to: Israel is building the “wastewater of the Internet”

Yonatan Adiri, one of Israel’s leading digital healthcare entrepreneurs, says Israel could easily double its GDP over the next decade thanks to advancements in tech startups. “Just like in the early days of Zionism, we are in a vanguard era,” Adiri says of Israel’s burgeoning tech industry. to listen Ben caspitpodcast with Adiri here.